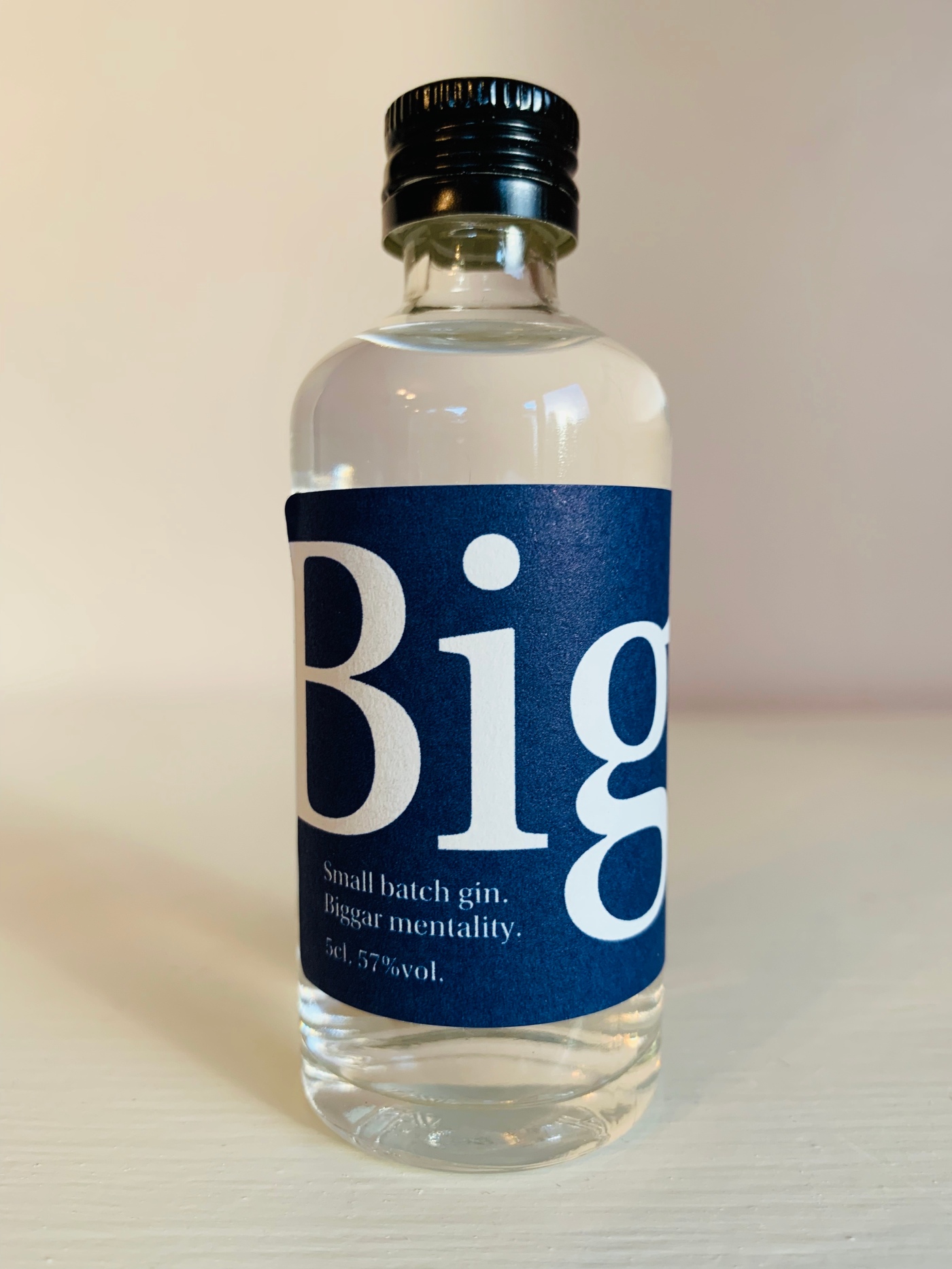 ‘For those of you who don’t know me, I’m Tom – Matt’s bigger, little brother!’…cue laughter.

Dammit. I’ve got to hand it to him, that was a strong first line and a rapturous reaction. The sort of opening gambit that would ensure his audience would pretty soon be eating out of his hands, willing him on to reveal embarrassing anecdotes about ‘yours truly’.

It was Friday 14th November 2014. I remember this precisely, as I was going on holiday the next day. Well, I guess it was more of a ‘honeymoon’ as 14th November was also our Wedding day! And the abuse being hurled my way, via my ‘bigger, little brother’, was part of his best man speech (performed as a duet with my best friend).

It’s a witty description that he likes to use on account of the fact that, despite having the disadvantage of age on my side, at least he was blessed with being taller and having the naturally muscular and chiseled physique. Fairs fair I guess?!

Anyway. This moment of sibling reflection was brought about by a recent, and very exciting, delivery to my doorstep. A new born sibling of a gin that has been a mainstay on my gin shelf since first sampling it around this time last year.

Biggar Gin, from the ironically small Scottish town of Biggar, have added to their line up and they’ve gone…well…bigger (Biggar)! With a Navy Strength expression that promised all of the flavour but with an amped up set of muscles to flex, it reminded me very much of my own brotherly position! 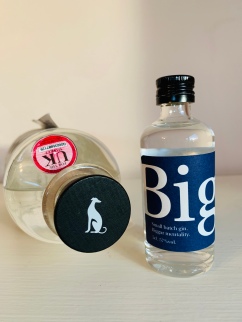 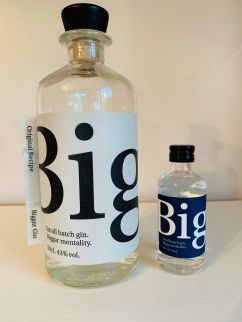 I won’t go through the full history of the Biggar brand and their raison d’être here, as I did that already in last years review of the Biggar flagship gin, which you can find here if you like to read more:

Created by the Biggar brothers (there is a strong sibling theme running through this blog!) Stuart and Euan McVicar, the recent launch of the Navy expression, which they’ve coined ‘Biggar Strength’, is a perfect demonstration of their brand ethos of having a ‘Biggar mentality’. It is also a BIG(gar) middle finger in the air to Coronavirus, which could well have scuppered their plans and forced them to place any new product launches on hold.

As I previously touched on in my earlier review, ‘Biggar mentality’ refers to the teams “small scale, rare, batch philosophy that reflects a passion, ambition and taste which is big”. In a recent catch up with Stuart, one part of the founding duo, he explained “sales are way down with nearly no on / off trade sales. But online sales have been pretty good, so that’s helping to bring in some revenue. We had the Navy recipe before lockdown and postponed the production until last week and just thought, let’s do it!”. 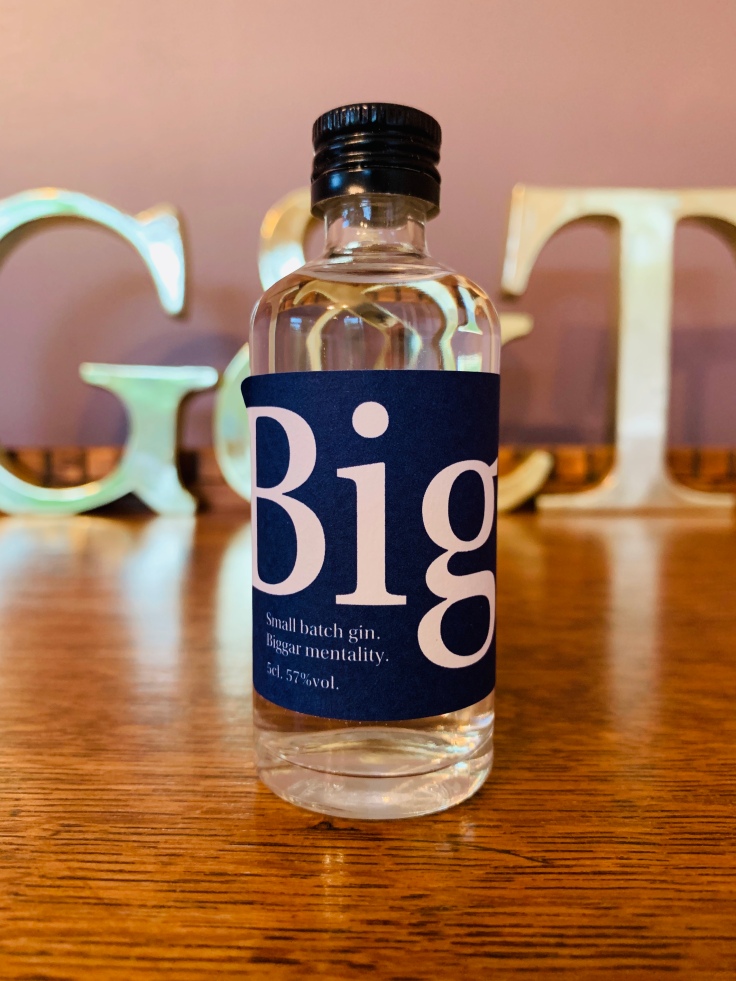 And ‘do it’ they did, with their official launch having been on Friday 8th May 2020!

In the Navy! (try reading that without singing it!)

In staying true to their desire to put provenance and a sense of place at the heart of their gin, as with the original expression, the Biggar Strength edition continues to fly the flag for the local Biggar area within its use of botanicals.

“We’ve toned the citrus down and upped the spice a little” explains Stuart. “We’ve also added in Hawthorne berry too. It should be great for cocktails!”.

And then there’s the look and feel of the end product. Bigger Strength comes dressed to kill in a fittingly navy blue body wrap, which clings to the iconic round bottle that has become synonymous with the brand. The white text on the blue background, whilst only a small aesthetic change, works to devastating effect. It just looks…polished!

Stuart explains that they wanted to keep it simple, “just keeping with the original design so it feels part of the family”. I couldn’t agree more. On the one hand it provides a hallmark of quality that you know you’re getting the same Biggar standards you’d expect. On the other, it adds a point of difference and brings with it an element of excitement.

So it’s definitely Biggar. And it’s definitely bigger, in ABV at least (which weighs in at 57%)! But is it better? With anticipation levels at boiling point, it was time to crack the cap and get to the tasting…

Whilst my 50ml sample may be small, let me tell you that it packs a mighty punch! 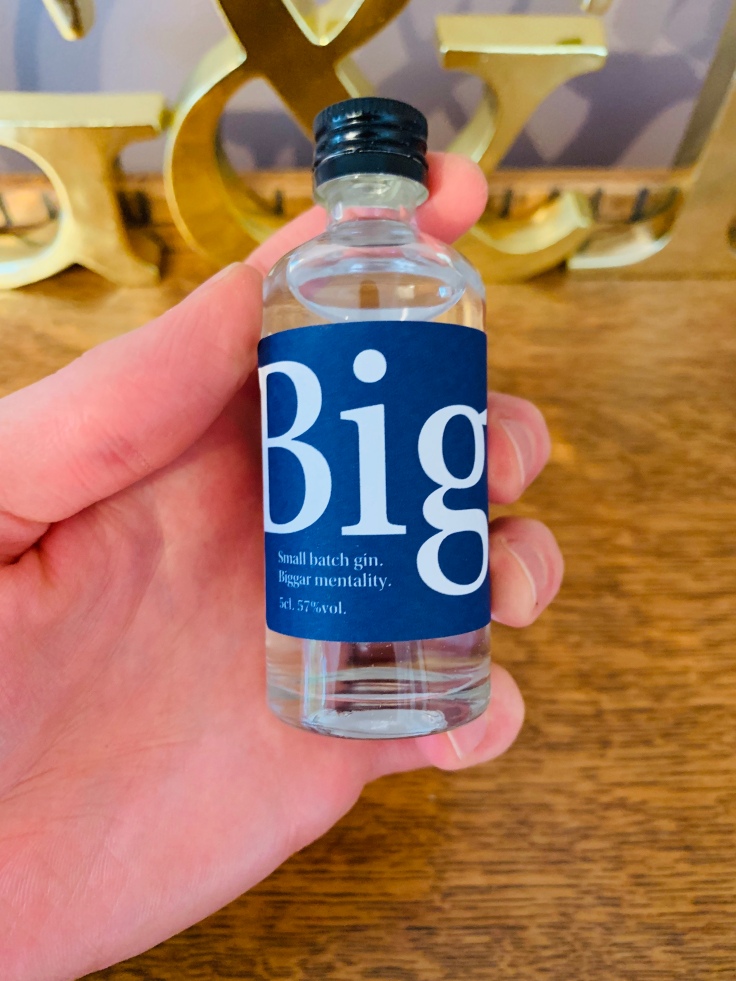 On the nose, and much like the flagship gin, juniper and a vibrant herbaceousness are the order of the day – but it’s amped up to 11! Whilst perhaps hardly surprising that the higher ABV would lead to an elevated boozy strength, this is about far more than just sheer aggression. It feels measured, precise and done with purpose. The juniper is crisper and takes on a more resinous profile. The herbs feel sharper and brighter. And true to their word, the citrus has definitely been toned down.

Despite taking on a more muscular front, the floral notes of lavender, with assorted greenery, are still present on the neat gin vapours. The cassia and pink peppercorns continue to bring an element of sweetness, which sits well against the red fruit tang of the rose hip, rowan berries and added hawthorn berry. 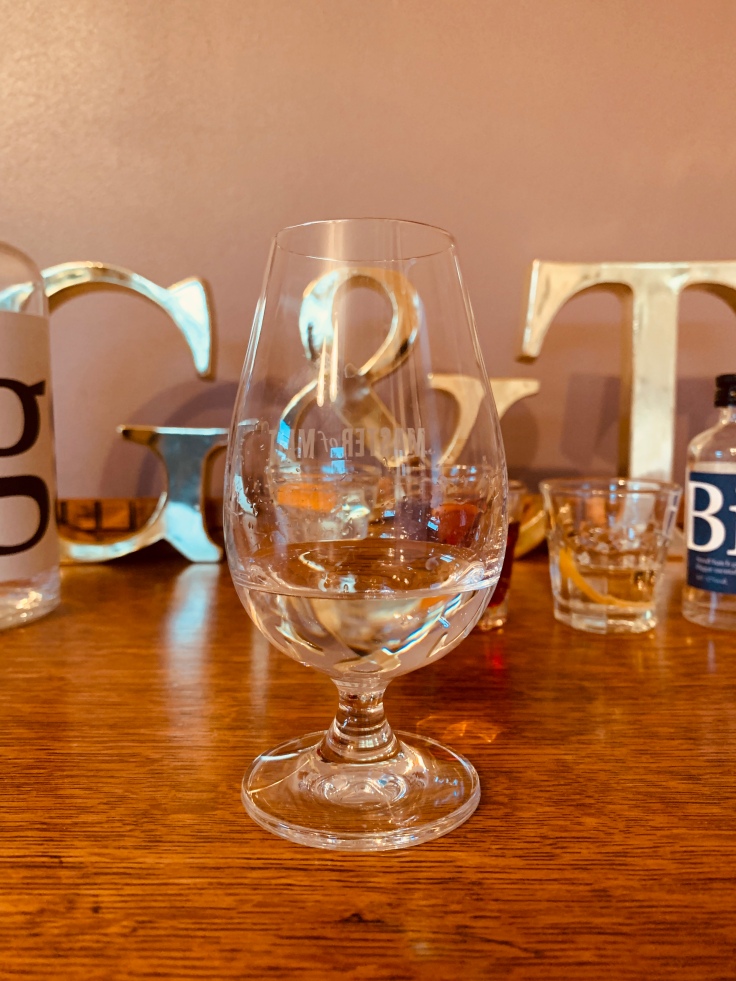 To taste neat and WHHHAAAA! We have lift off. The gin in its raw form has so much power I’m nearly lifted clean out of my seat – and I’m ecstatic! This is so juniper forward, it’s like those little blue berries are bench pressing the other botanicals, and then flexing their muscles in the mirror.

The thing that caught me by surprise is that the citrus is actually far more present than I’d anticipated. The aforementioned red berry inclusions bring a tartness that elevates the sense of liveliness and energy. Working in tandem with the fiery coriander helps to trick the brain that there’s a bigger hit of citrus at play, which I welcome with open arms!

On the back of the tongue there’s a new found element of dense spice, that sits perfectly alongside a dusting of cassia across the palate and a deeper sense of pink pepper sweetness. There’s a final flourish of purple perfume on the back of the throat, with whispers of lingering lavender. 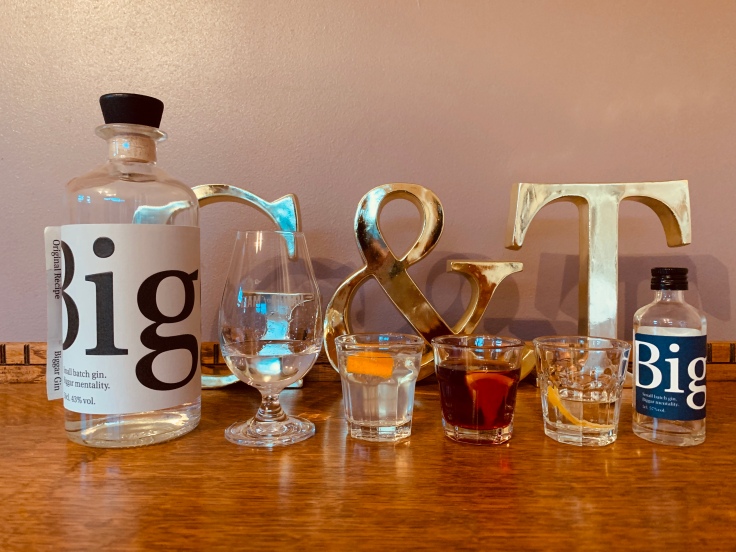 When working with a small sample, it’s essential to make the most of the liquid! In this case, to satisfy my intrigue, I opted for three mini serves of 10ml each to see how the gin would fare in a lineup of classic cocktails! 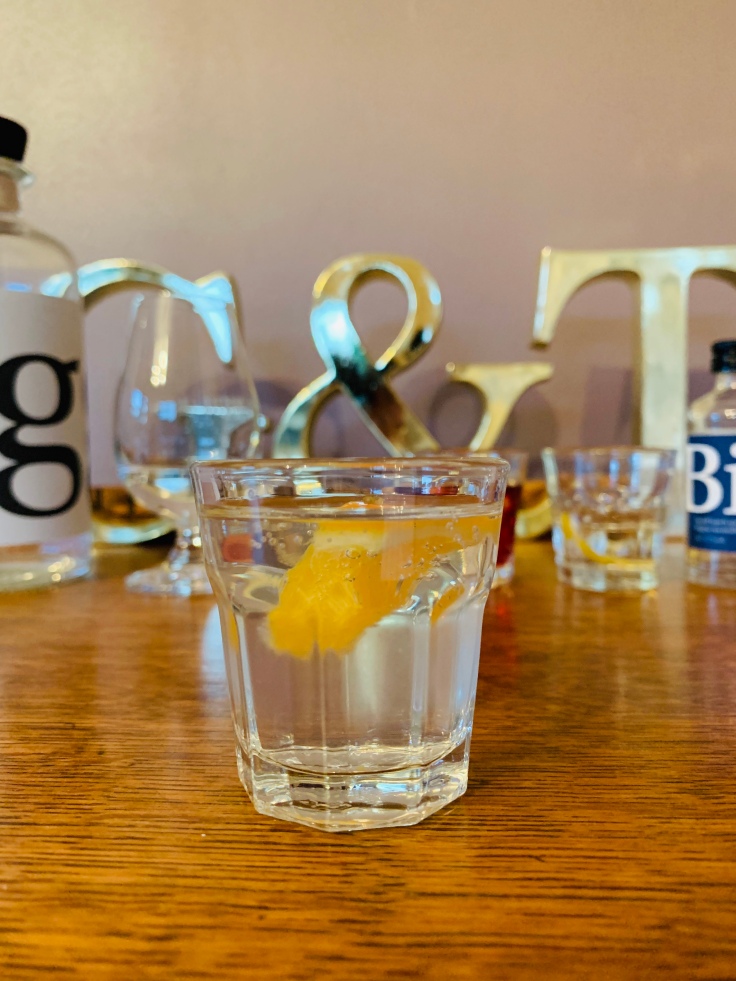 As a G&T, served with a light tonic and a (mini) orange wedge garnish, to satisfy my own citrus forward preferences, it is an absolute delight! There’s a slight suggestion of louching, such is the concentration of the botanicals. You can almost feel the oil of the juniper oozing from the gin, which remains a massive ever present, with the legs of the spirit almost climbing out of the glass. The tonic calms the measured aggression of the spirit, pulling forwards the initial delicate floral nature. The orange garnish helps to stroke the ego of the tart berry inclusions, to give a fruity fresh kick to the longer serve.

In a Negroni, this gin is pretty special! The juniper punch is evident on each and every sip; it’s unmissable, unmistakable and unrelenting. The power of the gin and botanical mix coats the palate and refuses to let go! I chose to serve the Biggar with Byrrh vermouth, which was a definite story of success. The deep cherry notes of the vermouth cling to and emphasise the berries, which are further complemented by the orange wedge garnish. The sweeter, floral notes surprisingly shine brighter in the short serve classic than I’d expected. It somehow just works and the whole thing feels expertly balanced and rounded.

But for me, this gin is most at home in a Martini. It stopped me in my tracks. I actually don’t know what to tell you (but I’ll try – it’s kind of my job here right?!). 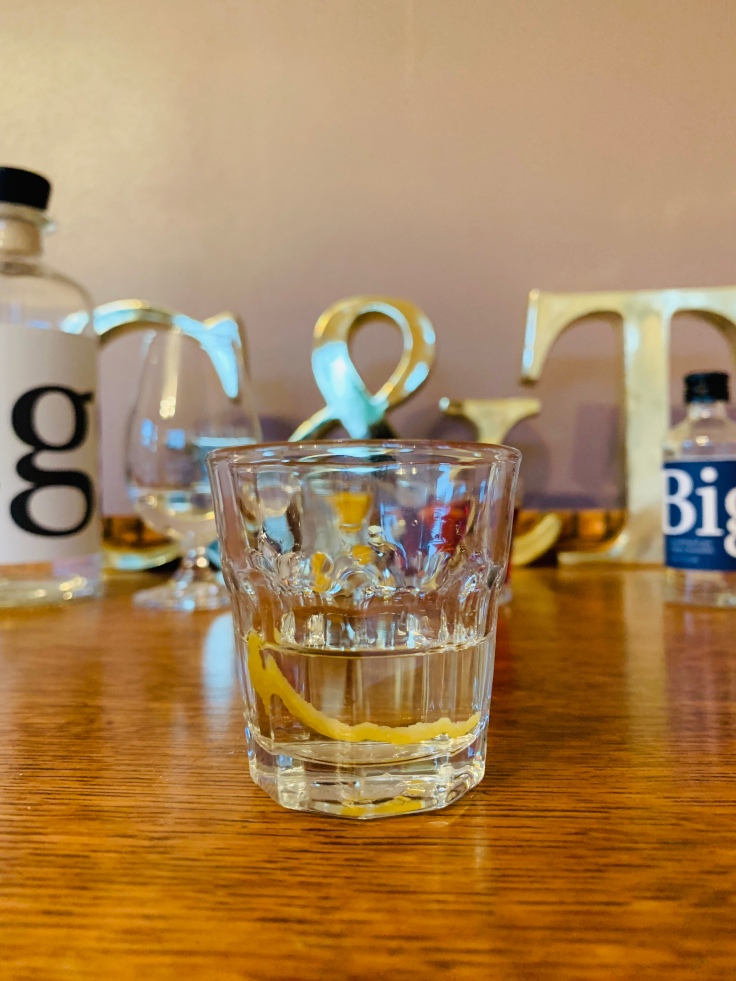 The higher ABV and concentrated crunch of flavour make for a killer 5:1 ratio on the cocktail classic. The juniper strength stands ridiculously tall in the glass, with the gin adopting the zesty nature of the lemon twist to elevate the sharp fruits and coriander bite. A herbal, spiced finish gives a moreishly satisfying longevity that draws you in and holds your undivided attention. Served ice cold and bone dry, with Dolin vermouth, this is one of the best Martinis I’ve had in ages. Simply put…it’s stunning.

Whilst I’ve been reassured that ‘size isn’t everything’, in this case my personal view is that Biggar is better…

Where the original is superb in its own right, the Biggar Strength feels more refined and complete. It carries a swagger and a confidence that lends itself to the full range of classic serves, never once allowing itself to be lost amongst other flavour profiles. This is gin making of the highest order, which demands applause- neigh, a standing ovation!

It turns out that it is Biggar. And it is very clever.

Many thanks to Stuart and Euan McVicar from Biggar Gin for my complementary sample of their Navy/Biggar Strength gin!

Be sure to follow the Biggar journey over at @biggargin across all social media platforms and find all the latest news at their website http://www.biggargin.com,where you can also pick up your own bottle of Biggar Strength (and/or something else from the range!).

And don’t forget to stop by @theginshelf across all social media platforms for more blogs & event updates. Stop by, say ‘Hi’ & chat gin!

One thought on “Biggar Strength Gin; it is Biggar, and it is clever…”