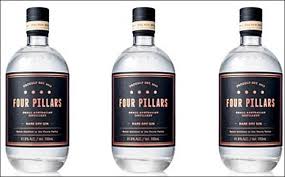 Whether it be on the Cricket Pitch or the Rugby Field (I’ll keep it to vague terms here, as I don’t profess to know a single bit of useful insight in to either of these sports, and hopefully my terminology thus far is correct!), you don’t need to look very far to find a healthy amount of rivalry between England and Australia.

‘The Wallabies’ vs. ‘The Red and Whites’

‘Crocodile Dundee’ vs. ‘Sherlock Holmes’ (…I’ll admit, I’m stretching it a bit there).

But my point is that even for a Gin loving, Cricket & Rugby novice like myself, the tension and competitive spirit is at times palpable.

All this leaves me wondering…why can’t we all just get along? Surely, there must be some common ground I hear you cry?! Well…I’m glad you asked. Because I think I may have just found something to bridge the border between our two fair lands. And that bridge is supported in strength by ‘Four Pillars’ (see what I did there?…).

Now if I was to mention the Yarra Valley, your mind will most likely jump to thoughts of Australian Wines – and rightly so give the quality, history & heritage that goes hand in hand with some of the great Wines making their way to our cellars from said Valley. However, a more recent inhabitant of the Yarra is ‘Wilma’ – ‘she’ being the first Christian Carl Copper Still to exist in Australia, having made her way over to Oz from Stuttgart, Germany. And you’ll be glad she did, as ‘Wilma’ is responsible for distilling the Small Batch beauty of this particular blog – ‘Four Pillars’ Gin. And you could perhaps be forgiven for not knowing too much about the guys at ‘Four Pillars’ (despite me seemingly being on ‘first name terms’ with Wilma…) being that they only released their first batch to the public in December 2013, following an intensive period of research, testing, designing and sourcing of the best Botanicals on offer.

A relative newcomer to the market then. So what are they all about? Let’s get ‘down under’ this little tipple and I’ll explain more…

On the nose, the first fragrances you’ll pick up are fresh herbs and a spicy nature. The first things I wrote down were Mint, Aniseed and Rosemary. On closer inspection, I started to get tones of Ginger with a slight sweetness behind it. It almost had a medicinal scent to it, but in a good way! On tasting it neat you get an initial sweetness on the tongue, that gets rapidly replaced by a spicy heat, as suggested by the initial warmth of the aromas. There’s a real feel of Liquorice, Mint and Ginger which combine to give a long lasting taste, that lingers on the pallet. You can really get a feel for all these flavours if you water it down with just a small splash of water, to remove the sharpness of the alcohol.

But wait…we’re not done! I thought at this point I understood the drink I was holding. It felt like a ‘winter warmer’; something to drink to escape a Winters night and to put hairs on your chest! But when I added Tonic and garnished with a generous chunk of Blood Orange, something quite special happened…The Citrus notes, present through the use of Lemon Myrtle and (interestingly/unusually) whole Australian Oranges, are pulled to the forefront to take centre stage. I hadn’t picked these out on first taste, but when you get them they provide a perfect support for the spicier botanicals of Tasmanian Pepperberry, Cassia, Star Anise, Cardamom and Coriander seeds (don’t worry – the Juniper is ever present as always!).

All this goes to create a clean, crisp Gin & Tonic, with a well balanced nature of ‘sugar & spice’. The best way I can describe this Gin is ‘Fun’. It no longer felt like a drink to warm the cockles, but instead turned to a suggestion that ‘Summer is on the way!’. Each sip was like transported to the Beach on a baking hot day – you can imagine drinking this with friends at a BBQ or down at the waterfront. Simply put; it’s superb.

The guys at ‘Four Pillars’ live and die by the pillars that underpin their Gin making (no guesses for how many Pillars there are!…Four. It’s Four…):

1) The Stills – we met ‘Wilma’ earlier, but she’s recently been joined by ‘Jude’ and ‘Eilleen’ (all named after the three Distillers Mothers).

2) The Water – from the Yarra Valley, of course!

3) The best Botanicals that Australia and the rest of the world have to offer.

And it’s number 4 that really stands out for me. These guys love what they do, and so do I! This, as I said before, is a ‘Small Batch’ concoction, that kicks out a mere 460 bottles of the good stuff at a time – each individually hand bottled and labelled. It’s been painstakingly put together and the details of the labour involved can be found on their website if your interested. Suffice to say, it’s a pretty intense process! And all this has led to ‘Four Pillars’ developing a deserved, almost cult like, following. Remarkably, the first batch was created via a crowd funding campaign that saw their first release sell out before it was even made! But why go to such lengths? Well this is a gang with lofty ambitions, the ultimate goal being ‘to make the best craft spirits in Australia’. And while that’s no small task, from this enthusiasts view point, I’d say they’re on to a winner!

So there you go folks. Chuck another ‘Shrimp on the Barbie’, grab your glass, and get ready. Because ‘Four Pillars’ are here. And I’m willing to bet that this could be another source of healthy competition with the English offerings.

Luckily, I’m willing to support both teams on this one! Bonza. 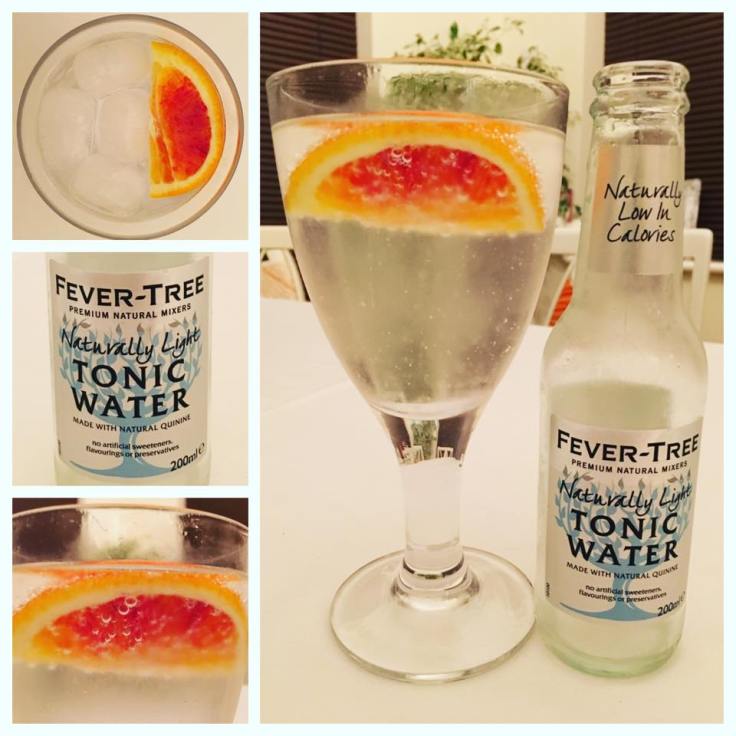