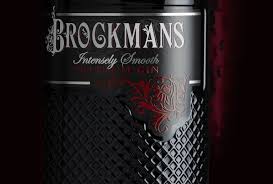 Why not try something different? After all, different is good right?

Why not take up a new sport? Or you could learn a new language. You could turn your hand to learning a musical instrument, or aim to master the ancient art of origami. Can’t decide whether to have Red or Brown sauce on your Bacon Sandwich? Hell – have a bit of both! (honestly, do it, it’s a gastronomic taste sensation for which you can thank me for later…). Why not go all out and start a Jamaican Bobsled team?! Oh, wait, that last ones been done already…but the rest are all solid examples and you get my point. Change can be good.

And there is a point to these seemingly pointless ramblings. A surprising number of people tell me that they don’t like Gin. Of course, your instant reaction is probably to assume these people are wrong and should be avoided at all costs as they can’t be trusted. I thought the very same! But stay with me here… If you believe you don’t like Gin – try a new Gin! And I think I have just the candidate for you; Brockmans.

I recently found myself stood in front of an impressive array of Gins at a bar and was spoilt for choice. So much so, I could barely decide what to go for! So I took my own advice and tried something different. And when you consider that the team behind Brockmans Gin set out with their one aim being ‘to create a gin like no other’, I felt I was in the right ballpark.

Now you could be argue that, that’s a fairly easy (somewhat throw away and generic) tag line to band around. And in some cases, you’d be right. After all, the Botanicals are ‘naturally grown’ (a common Gin description), the Gin is distilled in an antique ‘Copper Still’ (as many are) and is bottled at a modest 40% proof – so hardly breaking the boundaries of Gin conventions then. Until you look at the recipe card that is…

You see, whilst the obvious inclusion of Juniper Berries is of no surprise, along side old favourites like Coriander, Angelica and Orange Peel, it’s the inclusion of Blueberries, Blackberries and Almonds that really make this little gem a winner for me.

I love the way this Gin works on the nose. Even though I was expecting there to be a different aroma, with the inclusion of the berries, I was still gleefully surprised (caught off guard even) by how powerfully the Blueberries came through. It carries a pleasing mellow sweetness in its scent – the alcohol doesn’t come across aggressively or overpowering and you’re almost invited in to take a closer look. And you’ll be glad when you do. The initial taste test matches the notes picked up on first inspection. I found a strong taste of ‘cooked Blueberries’, and on further tasting the Blackberries really kick in – it has almost desert like quailties. In contrast to what I’ve heard from others, I didn’t note strong tones of spice or heat from this particular Gin – perhaps a gentle warmth that can maybe be attributed to some of the earthier Botanicals and the inclusion of liquorice. Combined with the citrus peel, I felt that this all came together to give the product a well rounded and balanced feel, which almost tricks the pallet in to thinking you’re drinking a Sloe Gin (minus the colour). The sweetness almost resembles an Old Tom style Gin, rather than the drier London Styles that are more readily available. And it was delicious!

Though sampled neat, and I would strongly agree with the guys at Brockmans that this could easily be enjoyed as such over ice, I sampled this as a ‘classic’ G&T with a healthy amount of ice and garnished with Blueberries (which were more for decoration than enhancement of the flavour in my view). And it was fantastic! Upon finishing my drink I was left feeling satisfied but thirsty for more…

The website goes to great and interesting lengths to offer suggestions of numerous cocktails that this Gin would work well in – I can imagine it’s sweet, and fruit based nature would lend itself to a great number of concoctions. Personally, I think that this would work brilliantly in a Prosecco based cocktail in a similar vein to a Kir Royale (note to self – this sounds amazing, try it immediately!).

So in closing. Would I recommend this to someone who was looking for a classic ‘Ice & Slice’ Gin & Tonic? In short…no. You’ll be disappointed and this probably isn’t what you’re looking for. But if you’re looking for something very different, that’s going to put a smile on your face, and could arguably be enjoyed in front of a roaring winter fire or with mountains of ice under the heat of the Summer Sun, this could be the Gin for you.

So go ahead, try something different. Like me, you may just be glad you did!

Oh, what’s that now? You don’t like Blueberries either? Ah. Have you considered just having a coffee instead?…

2 thoughts on “Why not try something different…Brockmans”